Google Penguin: What it Is and What it Did 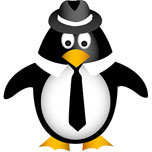 The Google Penguin Update, similar to Google’s Panda update last year, was a Google algorithm update with the primary objective of cracking down on those websites that were not playing by Google’s rules. The official date for this role out was April 25, 2012. There has been a great deal of speculation on how Penguin works with other Google signals and what is does.

Google is not sharing the exact specifications of the signals used in Penguin. Distinguished Engineer and Google’s web spam chief, Matt Cutts, said in the announcement, Another step to reward high-quality sites:

“While we can’t divulge specific signals because we don’t want to give people a way to game our search results and worsen the experience for users, our advice for webmasters is to focus on creating high quality sites that create a good user experience and employ white hat SEO methods instead of engaging in aggressive webspam tactics.”

Matt Cutts also said, “The change will decrease rankings for sites that we believe are violating Google’s existing quality guidelines.”

Basically, the Penguin update focused on practices that Google frowns on. It put stiffer guidelines on website optimization factors and adjusted a number of spam factors which include:

How to tell if Google Penguin Affected Your Site

Google’s ultimate goal is to serve high quality sites in their search results. They want to make the Internet a better place by releasing a number of algorithm updates and tweaks and will reward those who who wear the white hat and do the right things. Matt Cutts said that Panda affects only 3.1% of U.S.-based Google search queries. He also stated:

“The goal of many of our ranking changes is to help searchers find sites that provide a great user experience and fulfill their information needs. We also want the “good guys” making great sites for users, not just algorithms, to see their effort rewarded.”

Do you have questions about Google’s Panda Update? We are happy to help! Please call us at: