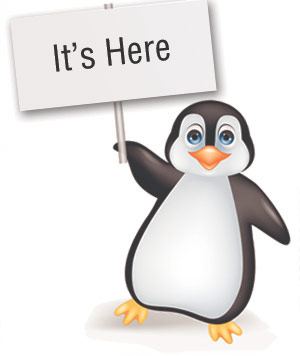 Google Penguin 2.0 was unleashed on May 22, 2013 after much anticipation. The long awaited, and to some feared, algorithm update by the search engine giant was officially announced by Matt Cutts, Google’s Distinguished Engineer and head of the web spam team:

We started rolling out the next generation of the Penguin webspam algorithm this afternoon (May 22, 2013), and the rollout is now complete. About 2.3% of English-US queries are affected to the degree that a regular user might notice. The change has also finished rolling out for other languages world-wide. The scope of Penguin varies by language, e.g. languages with more webspam will see more impact.”

Google Penguin is an algorithm update that officially launched on April 25, 2012. It targeted practices that violate Google’s guidelines on questionable SEO practices including:

What does Google Penguin 2.0 Do?

Matt Cutt’s put together a video that gives us an overview in the early May of 2013, What should we expect in the next few months in terms of SEO for Google. Here are a few of the highlights of Matt’s rough snapshot of what to expect in the summer of 2013:

Here is Matt’s video, What should we expect in the next few months in terms of SEO for Google?

Have you seen any significant changes in search engine rankings since Penguin 2.0 rolled out? Please let us know in the comments.