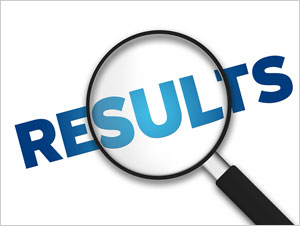 Were you wondering if you were the only person out there frustrated with Facebook?

Can you guess the top reason why 59% of respondents are frustrated with Facebook?

You made your voices heard. It is finally here, our follow-up article to Are You Frustrated with Facebook. I am so delighted to share our findings with you today. Let me start off by saying a big thank you. You are all amazing.

I am so honored to have such wonderful readers. I have loved reading all of your responses. One of the things that stood out to me the most, was how hard working you all are. Thank you for taking the time to respond to my questions, and thank you for sharing your expertise.

Here is what those who answered had to say about whether or not they are frustrated with Facebook:

So, if majority rules, then, yes, you are frustrated with Facebook.

This fourth grouping reported that while they understood being frustrated with Facebook, they seem to get past their frustration because: 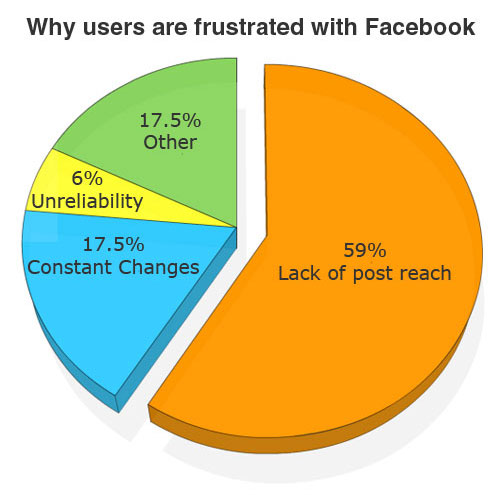 A Few Other Interesting Observations

While 90% reported being frustrated, only 5% reported that they had given up on Facebook completely. Another 5% did report that if something didn’t change, then they too, would be giving up on Facebook.

Many of you reported a love/hate relationship. It is the challenge between the potential that Facebook offers with over 1 billion active monthly users against the difficulty in reaching those users. A quote from Facebook Marketing that should not be ignored is,

Pages organically reach about 16% of their fans on average.”

Another thing that shouldn’t be ignored is that 5% of you reported success in paying for ads/promotions on Facebook.

I wish I had a better answer, but the truth is that only you can decide if Facebook is worth it for your company. I would love to hear your thoughts on this study.

Don’t forget, next Tuesday I’m starting a video blogging series. Do you have any recommendations for me? I would love to hear your thoughts on video blogs. Have a wonderful week everyone.

26 comments on “A Follow-Up: Are You Frustrated with Facebook?”